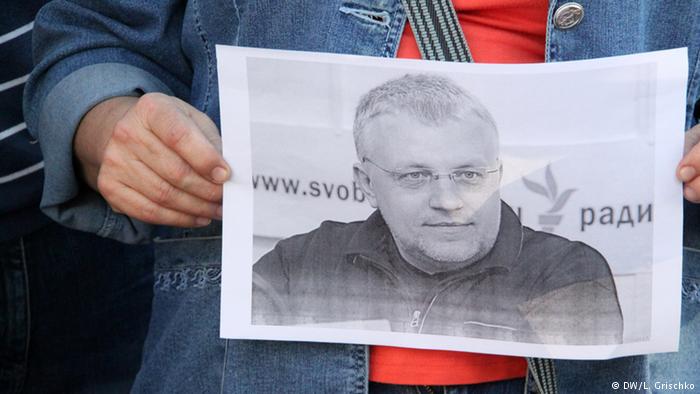 December 17 – On December 17, Deputy Minister of Internal Affairs Anton Herashchenko met with activists, journalists and bloggers at the Ministry to provide an off-the-record update on the investigation into the car bomb assassination of journalist Pavel Sheremet.

Herashchenko, in an interview with Detector Media, said there were about 25 people at the meeting, most of whom were bloggers, political analysts and opinion leaders.

“This is a normal European practice that we had a free exchange of views without imposing somebody’s point of view on someone else. Such meetings foster a dialogue between civil society and government,” Herashchenko said.

Ukrainian Week magazine and online outlet journalist and blogger Denys Kazanskyi, who attended the meeting, told Detector Media that among the participants were both those “loyal to Arsen Avakov [Minister of Interior] and his opponents.”

Kazanskyi wrote on Facebook that after the meeting “there still was no confidence in the involvement of the announced five suspects in the murder of Sheremet.” Kazanskyi also pointed out that the police provided no direct evidence of the suspects’ guilt.

“Of course, everyone was primarily interested in the evidence. Do the police have anything else besides what they have already made public? Is there any other “cast iron” evidence?” Kazanskyi queried. “As far as became clear from this conversation, the police do not have direct evidence of the guilt of Antonenko, Duhar and Kuzmenko. We only heard that the suspects’ phones were disconnected, their similarities to people on video from the cameras, and scraps of telephone conversations found during a search for explosives in Antonenko’s home. The motive for this murder also remains unclear,” he said.

A similar opinion was expressed by the blogger Makarova, who said “the Ministry of Internal Affairs is convinced of the guilt of the arrested Kuzmenko, Antonenko and Duhar. But they did not convince me. I think most of the invitees today are not convinced either.”

Muzhdabayev of ATR TV noted that “new evidence is needed. The evidence which was announced by the police is circumstantial.”