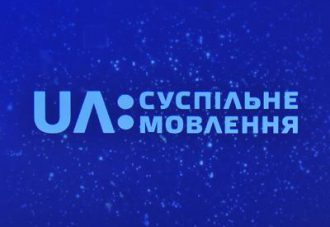 Head of UA:PBC Supervisory Board Responds With Facts and Figures to Government’s Criticism of Public Broadcaster

October 31 – Detector Media published an article by Svitlana Ostapa (head of the UA:PBC supervisory board) entitled “The Public Broadcaster is Not Just UA:Pershyi. Explaining with Facts and Figures.” The article was an attempt by Ostapa to explain why it is not appropriate to judge the performance of the public broadcaster solely by UA:Pershyi’s ratings. Considered together, UA:PBC’s total audience is 13 million people.
The article answered an array of questions about where UA:PBC is in the fifth year of the public broadcasting reform:
UA:PBC is not only a TV channel. What is it?
UA:PBC is a large corporation: two national channels (UA:Pershyi and UA: Kultura), three Ukrainian Radio channels (UR-1, Promin and Kultura), 23 regional television branches, a new and increasingly popular digital platform, an orchestra, musical ensembles, a choir and a recording studio.
Why don’t you get rid of extra assets? Why spend money on the maintenance of old premises that you do not use?
In order to get rid of the extra property of UA:PBC (which was inherited from the former state-owned TV-radio company) a series of changes to the law are needed. Parliament would have to approve amendments to the law “On Public Broadcasting” allowing the company to sell these assets.
How is the company different from the many commercial broadcasters in Ukraine and the several state broadcasters (Rada, UATV and Dom TV channels)?
UA:PBC does not depend on oligarchs or politicians, and does not serve the interests of any business entities or authorities. The purpose of UA:PBC is to work for society, guided by the transparent rules of its editorial policy, with a supervisory board whose members are elected by public organizations and the parliamentary factions. The authorities do not determine the editorial policy or interfere in the internal decision-making for allocation of the public broadcaster’s funds.
UA:PBC is funded from the state budget, so is it a state channel?
It is funded by the state budget but is not controlled by the state. The annual funding of UA:PBC guaranteed by law (0.2% of the general fund of the state budget for the previous year) has never been provided, in practice. She wrote that Ukrainian experts and experts of the Council of Europe have proposed a new model of financing, but despite of the promises of the new government, there has been no movement towards improving the funding model.
How much money goes to UA: Pershyi TV channel?
Almost 450 million hryvnias (US$16,666,667) are spent on four of the television channels (UA: Pershyi, UA: Kultura, UA: Krym and UA: Kyiv TV channels). So the oft-repeated remark from government representatives that around two billion hryvnias is spent on UA:Pershyi is wrong, Ostapa said. The rest of the money goes to support 23 regional branches, radio broadcasting, digital platforms, security services, administrative and overhead costs. For comparison, Ostapa provided the example that oligarch “Rinat Akhmetov has invested $560 million in his media group.” This is more than 15 billion hryvnias (6.9 billion hyrvnias in December 2020 and 8.4 billion in April 2021). This allows them to produce expensive content and improve their ratings.
What are the ratings of the public broadcaster?
Ostapa explained that the audience of mostly elderly people was inherited by UA:PBC from the former state-run UT-1 (First National TV Channel). Young audiences have gone digital, and traditional television is losing its audience worldwide.  If combining audience figures for UA:PBC’s television, radio and digital platforms, the total audience is 13 million people (excluding social media). Also, the ratings of UA:Pershyi and UA: Kultura have been growing for the last two years. Ostapa noted that Ukrainian Radio, which has the highest ratings amongst all Ukrainian talk radio stations, has never been mentioned by the government.