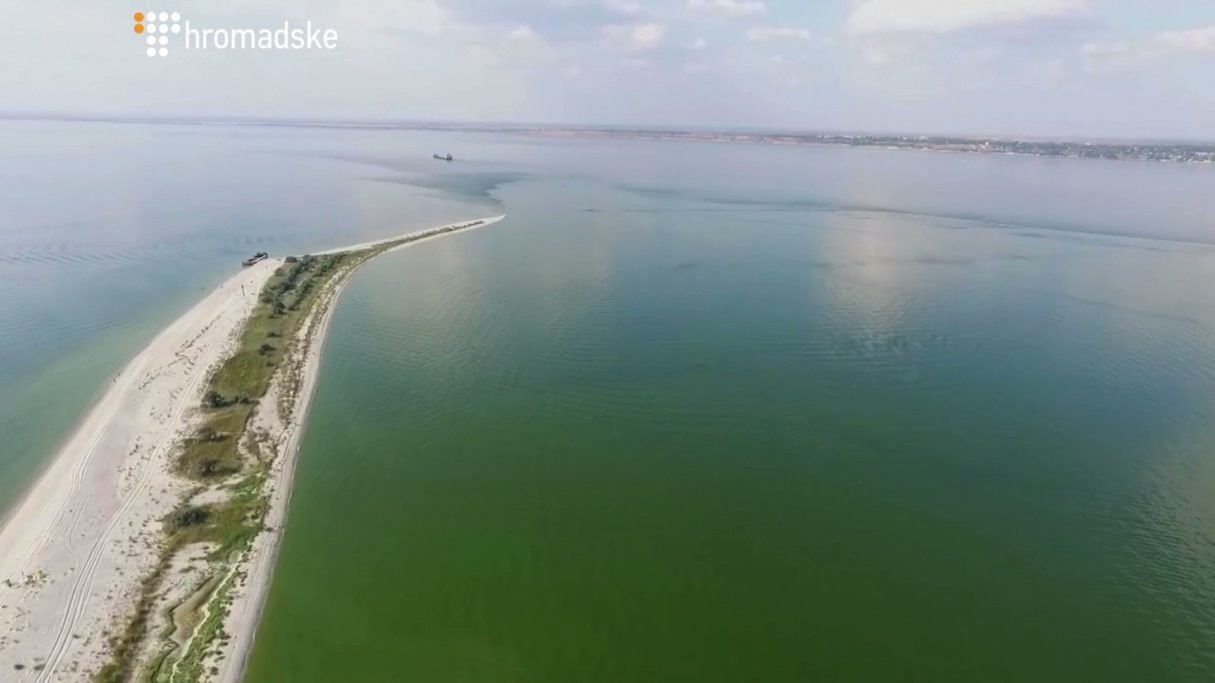 In the most remote corner of the Mykolayiv region, the picturesque reserve of the Kinburn Spit drives up prices and demand for land. The investigation entitled “At the Edge of the Earth”, that Mykolayiv Center for Investigative Reporting (MCIR) conducted for Slidstvo.info, exposed massive illegal sales of land plots.

The abuses were committed by the head of the Pokrovsky Village Council, as well as members of its Council and deputies of Ochakiv State Regional Administration.

Over the past 4 years, the village council re-distributed more than 2,500 land plots from the state into private hands.

MCIR reporters Oleg Oganov and Yaroslav Chepurny studied property owners when local deputies decided to shut down a school on the seaside and replace it with a more lucrative cottage town and recreational facilities.

Reporters uncovered the shadow schemes of land distribution and land use: the local village chairman used land plots as bribes to high officials and law enforcement agencies in return for protection and impunity from justice.

For instance, reporters revealed that officers and their family members at the Ochakiv police precinct alone ‘were given’ nine land plots.

Slidstvo.info, the weekly investigative program that Internews supports as part of the Strengthening Investigative Reporting in Ukraine Project (SIRU), broadcast the story on April 5, 2017 on the First National TV channel, 24.tv and on 17 local TV stations that are members of Independent Association of Broadcasters.

The report was also published online through the Hromadske.ua Youtube channel.

MCIR reporters used storytelling and TV production skills that they got from CBC’s “Fifth estate” journalists during the trainings Internews organized for Slidstvo.info team members and partners.

In addition, a long-read story was posted on the MCIR website. With the help of interactive infographics, the journalists illustrated how land plots were distributed among police officers, prosecutors, judges, civil servants, and the State Fiscal Service agents.

The result is a simply astounding piece of reportage – a 13-min long video, infographics and a feature story that document the local authorities’ shady deals and local residents’ witness accounts in vivid prose.

The investigation report that has swept the local community also brought together journalists and civic activists with law enforcement agencies who launched a new probe in the area.

The local school was reinstated and following the publication of the story, the regional prosecutor’s office opened criminal proceedings, and later in May their complaint led the court to return nine hectares of protected land on the Kinburn Spit to state ownership.

Strengthening Investigative Reporting in Ukraine (SIRU) is a four-year project that Internews has implemented with the support of Global Affairs Canada since April 2014.

Since its launch, SIRU has supported the production of 415 TV stories revealing corruption, wrongdoings and abuse of power. The program saw a considerable growth in its annual viewership numbers – from 6.7 million in 2014-15 to 14.2 million in 2016-17. Most recently, over the past three months Slidstvo.info’s estimated audience reached about 3,5 million viewers.