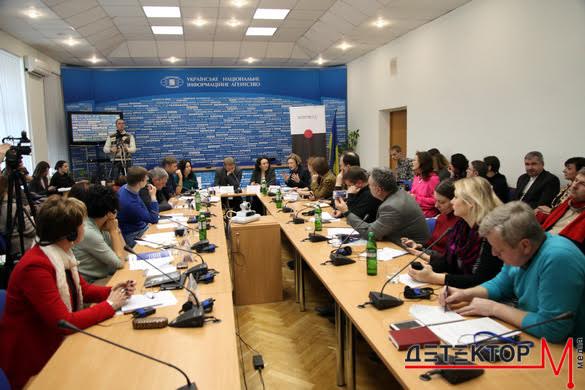 Media Experts Discuss How to Improve Reporting About Ukraine’s IDPs

Internally displaced persons, or IDPs, are Ukrainians who have had to leave their homes because of conflict in Eastern Ukraine and Crimea.

According to media monitoring surveys conducted by the Pylyp Orlyk Institute for Democracy, IDP coverage in Ukraine is at just 1 to 1.5 percent of regional media coverage. What’s more, the participants in the meeting, entitled “The journalist ethics in covering IDPs, migrants, and asylum seekers. Media’s role in healing divisions in society”, heard that Ukrainian media – even when reporting about the IDPs – are not “necessarily able to tell the IDPs’ stories ethically and professionally”.

Cases were cited where media stories about employment policy, housing and crime stereotyped IDPs in certain Ukrainian regions and pointed to a general lack of progress from journalists in covering IDPs nearly three years after the Crimea annexation and combat broke out in Eastern Ukraine.