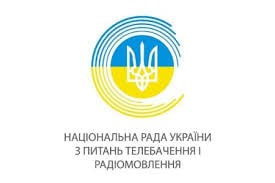 February 10 – At a meeting of the Parliamentary Committee on Humanitarian and Information Policy, Committee members recommended parliament approve draft law #4107 “On Amendments to Several Laws of Ukraine on Ensuring Independence of the National Council of Ukraine on Television and Radio Broadcasting” in its second reading.

Earlier, on December 15, 2020, parliament approved draft #4107 in the first reading. The law was designed to fulfill Ukraine’s international obligations to incorporate into national legislation the provisions of the European Audiovisual Media Services Directive (2010/13/EU of the European Parliament and of the Council of 10 March 2010 on the coordination of certain provisions laid down by law, regulation or administrative action in Member States), in part to ensure the independence of the state regulator in the field of television and radio broadcasting.

The purpose of the law is to develop an effective procedure for the appointment and termination of National Council members to ensure its independence from political parties.

The law’s key provisions are as follows:

Once approved by parliament in the second reading, this law will amend the laws “On National Council of Ukraine on Television and Radio Broadcasting,” “On Television and Radio Broadcasting,” “On Amendments to Certain Legislative Acts of Ukraine on State Support in Culture, Creative Industries, Tourism, Small and Medium Business in Connection with Restrictive Measures Related to Spread of COVID-19,” and “On Administrative Services.”

New UA:PBC Supervisory Board Head Describes Government Pressure Tactics during Her Election and Warns of More Pressure for Management Board Election