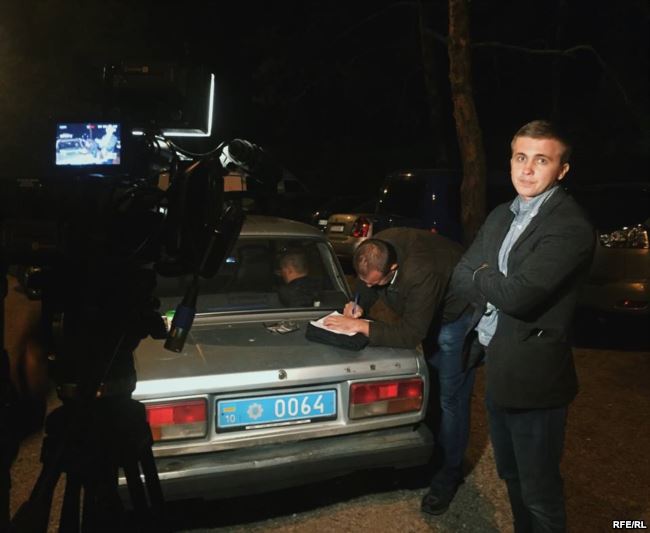 September 16 – State Security Service (SSS) Chief Valeriy Heletey apologized to a journalist with the Schemes investigative reporting program for an incident involving SSS officers who physically restrained the reporter and his camera operator from filming President Poroshenko’s departure from a wedding party.

Schemes journalist Mykhaylo Tkach and his camera operator Borys Trotsenko were allegedly restrained at a wedding celebration for the son of Prosecutor General Yuriy Lutsenko on September 16 near a restaurant in the Kyiv suburb of Kozyn. Both Tkach and Trotsenko had identified themselves to the SSS officers with their press cards.

The journalists filed a complaint with police. Heletey subsequently apologized to the journalists and informed them the SSS was launching an internal incident into the incident.

More on Radio Liberty in Ukrainian.